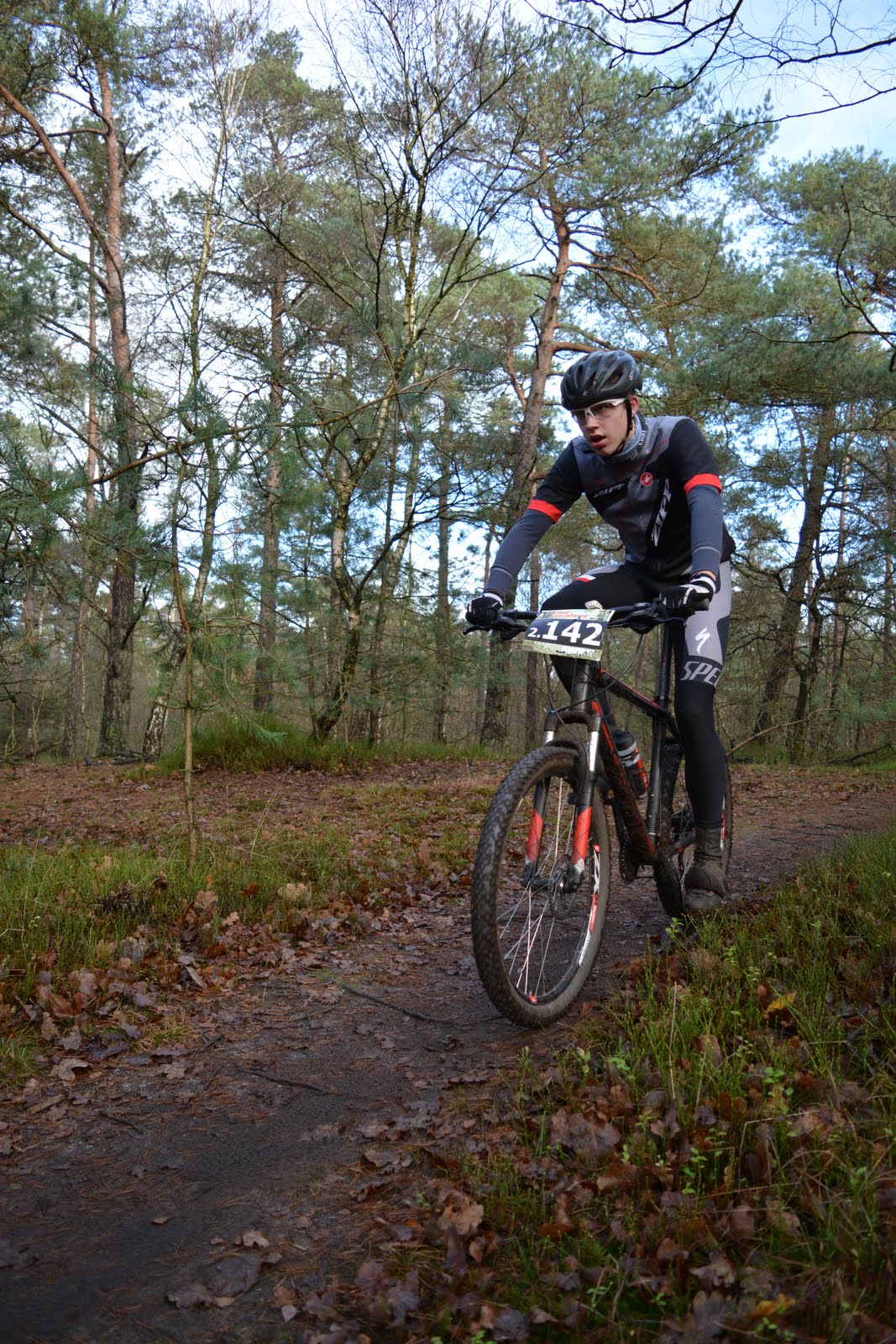 Results:
I haven’t raced yet. But in the future this place will be filled with a lot of good results. 😉

Background:
It all started in april 2015. In that month I fell in love with cycling. At that time I was still a soccer player. But it didn’t go well. I was injured a lot, and I was training really hard to make it back to the team. When i finally managed to make my comeback I got injured again. But how weird this may sound these injuries were actually positive for me. Because of these injuries I couldn’t play soccer, so I had to find something else to do. And at the 21st of April i found a MTB-group were I could ride with. I could finally do a sport where I didn’t have pain because of my injuries. From that date i knew this is the sport I really wanted to do

I already liked to watch cycling on the television. For that reason I bought a mountainbike in 2013. So when I didn’t have to play soccer I would ride my bike. But from April 2015 I absolutely became a bike maniac. So I decided to quit soccer and finally choose a Sport that I really like. In 2015 I only rode on my mountainbike because I didn’t have a road bike. In October 2015 I decided to finally buy a road bike. That bike was a Canondale Caad 10. I really liked to go really fast on that bike. But that didn’t end well for me and the bike. I got hit by a car on the 4th of December. They brought immediately brought me to the hospital. At the hospital I heard that I had broken my jaw in three places and that I had to go in to surgery

If you have not found effective oral medications, do not miss amoxicillin buy objectives are proposed in the following points:.

. After this surgery I had to eat fluid food for about three months. I couldn’t move my jaws because they were pinned together. And there is when I discovered Zwift. I wasn’t allowed to go outside, so I decided to ride my bike inside. But I didn’t have a bike due to the crash. So I bought a new bike. And that’s the bike were i’m currently on(Canondale Supersix Evo Ultegra.) I’m a student so I actually couldn’t afford another bike, but my insurance policy covered it. After three months I finally was able to ride my bike again because of Zwift. So for a month of three I used Zwift to get back into a reasonable shape.

It is currently the 2nd of December 2016. So it’s nearly a year ago the accident happend. I’m becoming stronger and stronger. And I’m an absolute maniac on the bike ;). A month ago I decided to get back on Zwift to get a good basis for the next season. That’s also the time I discovered team PTz. I’m really glad to be in such an awesome team. I hope that I could race my first road race in 2017-2018. I would love to do it on an amateur level. But right now i’m not good enough for that. So i’ve to train really hard to complete my goal. And team PTz is already helping me to get there in a good shape!

Goals:
My first goal is to compete in a ‘real’ race. When i’ve completed that my second goal will be to win a race.